A Game That Wasn’t For Me

I played a game last night and I didn’t get it.

This isn’t the first time it’s happened. I can think of at least three other games where the intended experience was utterly lost on me. I had to ask other people, “What did you get out of this game? Why did it affect you that way?”

Last night’s example included both factors. I kept evaluating and reevaluating the experience, wondering when it was supposed to blow my mind. Then I reached the end, mind distinctly un-blown, and thought, “Well, that was a thing all right.”

I admit it – I’m a tough audience. And worse, I’m a contrary audience. There is nothing to make me more skeptical and unemotional than a friend claiming I’m gonna Feel Stuff. (My internal measure of Steven Universe‘s success: I Felt Stuff. Though part of what I felt was annoyance that I Felt Stuff.)

It’s a very strange feeling when I don’t get it.

I haven’t formally studied psychology, and I don’t have solid opinions about cognitive dissonance theory. But I find this situation disconcerting, and I think most people do.

Humans understand each other through empathy in action. If we both do Thing X, we expect that we’ll both have Experience Y. And if that’s not the case… well, it bugs people.

People vote on potential games and leave comments, exactly as they’re intended to do. The comments are generally mini-reviews, and they’re visible to everyone. Some comment threads smolder. Others explode.

…there are three basic conclusions that can be drawn.

Personally, I trust that people are accurately reporting their experiences. Therefore, I consciously opt for 3 (possibly with an unconscious scattering of 1.) I might not understand why other people have Experience Y, but I believe they did and I want them to explain.

But I do not expect my taste to be definitive.

When I see livid comments on Greenlight, they don’t come from a vacuum. Either the game itself has angered the poster beyond measure (less common), or the post is contradicting someone else’s opinion.

In a contradictory post, 1 is off the table and 2 is pretty rare. Most upset posts are trying to express:

As an example, see the comments thread for 12 Hrs by Kiva Bay. For context, this is a Twine game about being homeless. 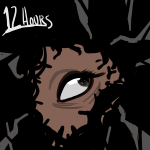 Some people tried the game (or had tried games like it, or wanted to support the creator). They wanted 12 Hrs to succeed. A sample comment from this perspective:

Other people tried the game (or had tried games like it, or wanted to oppose the creator). They wanted 12 Hrs to fail. A sample comment from this perspective:

What’s interesting about the second comment is the assertion that the people voting for 12 Hrs are “hipsters and SJWs”. (This distancing behavior is not exclusive to the opposition; there were comments that mentioned “haters” and “dudebros” among the supporters.)

Steam Greenlight isn’t a space designed for compromise. From Valve’s perspective, it’s good when a game’s comment threads go incendiary, because it demonstrates that people know about and care about the game. This means people will buy the game if Valve greenlights it. Which is good for Valve.

And I can imagine where people are coming from when they argue against the value of a game. They’re reading the hype, but they don’t have the background to get it. They’re coming from the space that I was in last night, but colored with a veneer of hostility.

“The emperor has no clothes. Can’t you see that? It’s obvious to me, so how is it not obvious to you?”

I’ve reviewed games before. I’ll assuredly do it again (likely before the end of IFComp). But I’m not a reviewer at heart. I’m someone who makes games, and makes mistakes, and learns from those mistakes, and studies other people’s games to learn from those games too – rinse, repeat, continue.

So I’m not going to write a review. Or even tell you what game it was (though it wasn’t 12 Hrs). I’m just going to say: it’s a very strange feeling when you don’t have the experience and everyone around you does. And I have empathy for some unexpected people today.

Of course, the feeling can’t excuse the reaction. And I have no sympathy with some of those reactions. But the feeling itself? I think it’s universal and human. And not too much fun.

I played a game last night and it wasn’t for me.

…I wish it had been.