A Love Song for Alpha Centauri

I spent several hours hammering out a design analysis of Sid Meier’s Alpha Centauri versus Sid Meier’s Civilization: Beyond Earth. Then Porpentine announced Twiny Jam, and I threw the article out and made this instead.

My first draft included nods to the Alien Crossfire expansion, but I cut them out to stay within word count (as Twiny Jam caps games at 300 words). I’ve included the source code below so that you can admire my success at doing so (or, y’know, just peek at how it was made.) 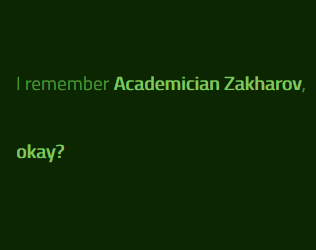 No offline play available due to the nature of the piece.

Special thanks to Leon Arnett for the combined <<replace>> macro set, which is spectacularly useful and made this piece possible.