Death and Art (and David Bowie)

Inspiration: the things we make (games, writing, music, digital art, or whatever your personal medium may be) are affected not only by our lives, but by other people.

Last year, I grieved the deaths of several people whose art and life inspired me, including (but not limited to) Leonard Nimoy, Robin Williams, and Terry Pratchett. And today, my voice is one among millions grieving for David Bowie.

One of the things that moves me most today is all the people sharing art – not just Bowie’s music and videos, but all the pieces of art he inspired during his life. And I think of That Dragon, Cancer , created to remember Joel Green, and I think of the visible influence of Rebecca Meyer in Ferrett Steinmetz’s Flux, and I remember working on the Halcyon Hills memorial in GemStone IV, created to honor Karen Hillyer (GM Aelsidhe) among others.

And I think of Paul Allen Panks, who was simultaneously one of the most prolific game authors and one of the most notorious trolls in rec.arts.int-fiction. He died unexpectedly at age 32, and, given his erratic behavior, people initially questioned whether his death might be a prank. Grief was perhaps not the right word – but his death hardly went unnoticed. We talked about him and we looked at his games and we reread his posts because we wanted to understand him. We wanted to figure out what his life had meant to us, now that it was over.

We build circles of expression and self-expression. We communicate with art. And this, too, is a universal experience.

I have Spotify’s “This Is: David Bowie” playlist running as I write this. I can see my friends are listening, too. And we’re putting on sparkle makeup, and passing screenshots from Labyrinth around, and booting up “Ziggy Stardust” on Rock Band. It’s grief and celebration all in one.

RIP David Bowie. And someday, all of us. 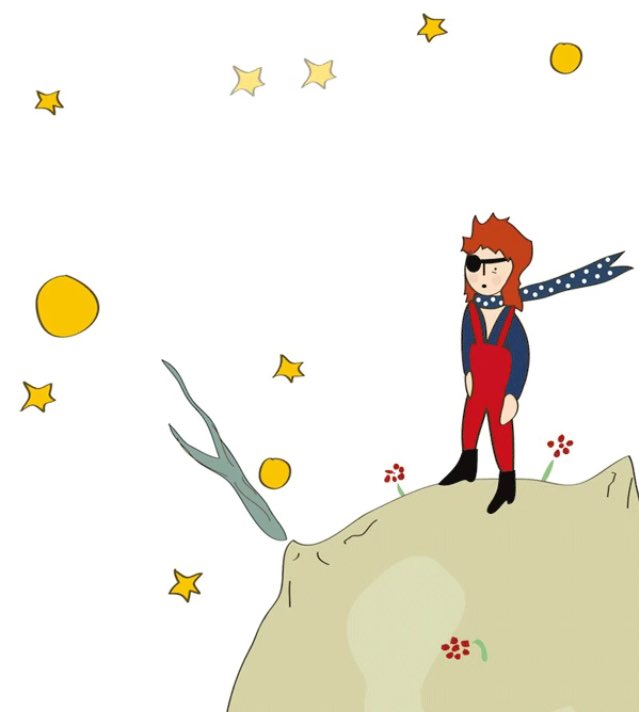 Thank you to everyone supporting Sibyl Moon through Patreon!
If you find value in this blog, please consider becoming a patron.