Google Analytics: Who cares about GamerGate?

On Friday night, I posted about GamerGate, and my traffic spiked through the roof. Most of the traffic came from over 7,500 people who wanted to read that post. Thanks to Google Analytics, this gave me a reasonable geographic estimate of who

a) has some level of interest in GamerGate, and
b) saw a link to the post (most likely on Twitter).

To be clear, I have no way of knowing whether these visitors agreed or disagreed with my position, though I do know most retweets were from people who agreed. (Turning on comments might have given me some idea, but… it seemed like a bad plan.)

Not gonna clickbait you: there are no big surprises here. People mostly care about GamerGate in the US. Visitors came most often from NYC, followed by Seattle, San Francisco, and other big cities with game dev presence. The average mobile user showed up via Safari on iOS, and the average desktop user showed up via Chrome on Windows.

But I like web analytics, and maybe someone else will find this interesting, too.

On to the maps and graphs!

Almost 70% of visitors came from the United States, trailed by Canada (9%) and the United Kingdom (7.6%) 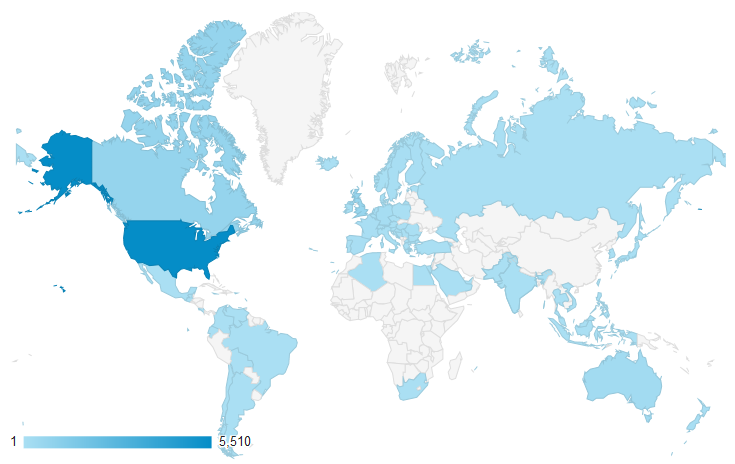 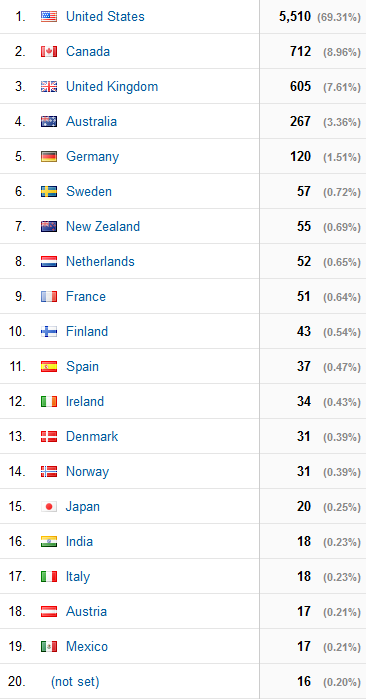 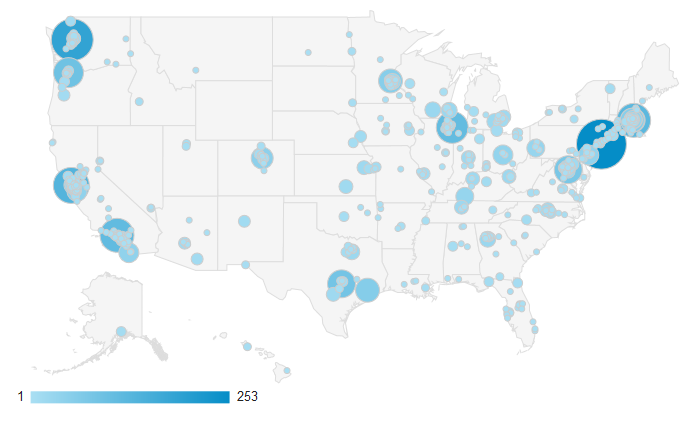 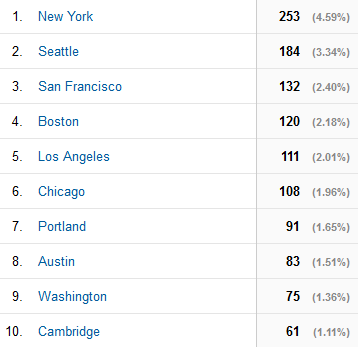 Canada: visitors broken down by city 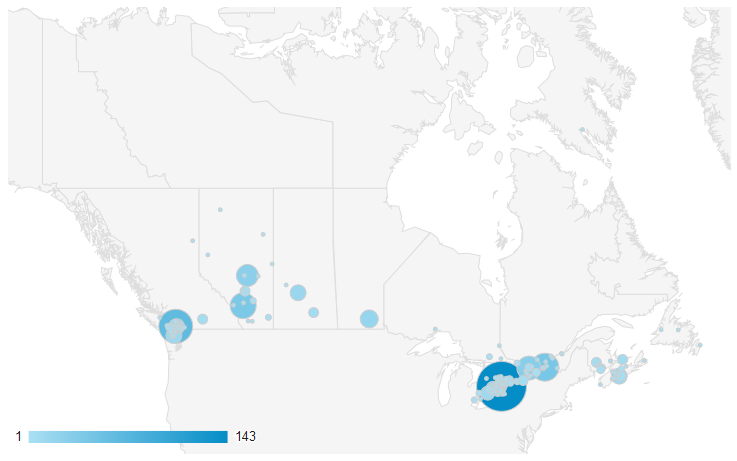 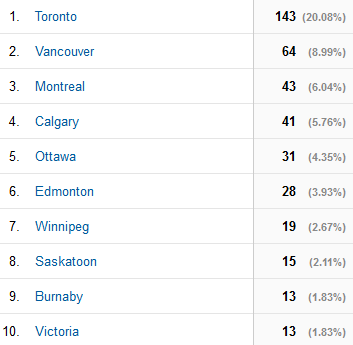 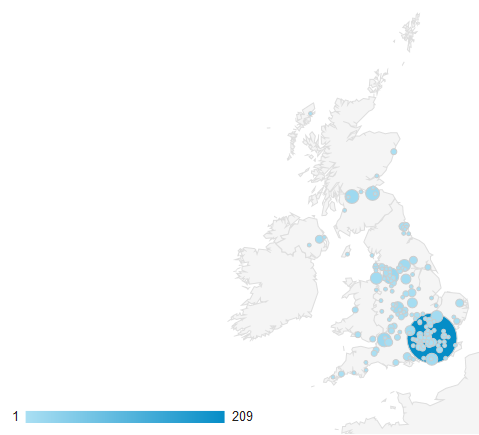 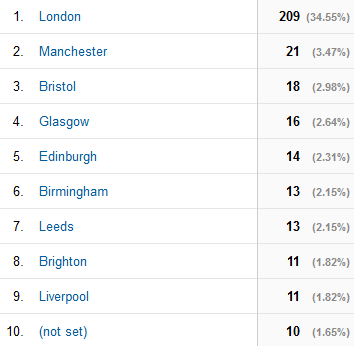 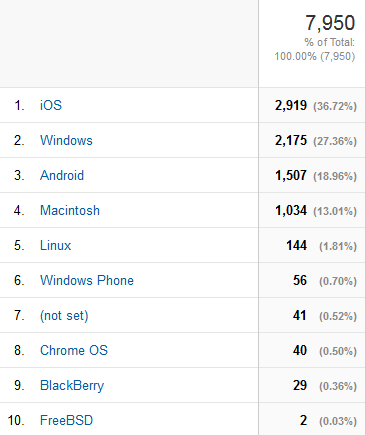 For the most part, the version breakdown across iOS wasn’t particularly interesting, but I did note that 70 visitors were running Windows Vista (upgrade!), and that Windows 8 is not as widely adopted as Microsoft wishes it were. Also, 24 visitors were on iOS 5.1.1, which probably means first-generation iPad, but might mean third-generation iPod Touch. 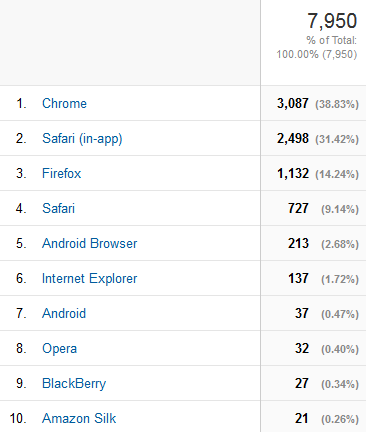