How To Become a Game Dev

This isn’t a practical guide. I’m mostly not going to discuss tools, or schools, or techniques, and I won’t discuss how to get greenlit by Steam or featured in Polygon or afford your booth at PAX. Or get a job at Bethesda. (Though I wouldn’t mind a job at Bethesda. Call me.)

This post is about identity: what divides a game dev from someone who isn’t a game dev. And about how to cross that line, and how to tell whether you’ve already crossed it.

What makes someone a game dev

A game dev is someone who makes games.

You just have to be someone who makes games.

If you’re not a game dev… how do you get there?

This is the tools/schools/techniques part that I’m mostly not discussing here. Whether it’s through blogs, books, YouTube videos, formal education, or reinventing the wheel on a daily basis, you need to have sufficient knowledge and skills to go from “idea for a game” to “game”.

I recommend Sortingh.at for people stuck at this stage. It’s a website that asks some questions about your interests and then helps steer you to engines and tools that are right for you. It’s geared for people with no budget and no experience, so it’s extremely welcoming.

Tools, schools, and techniques can’t make you a game dev. But they can make you someone who’s capable of being a game dev. It’s the difference between game dev in potentia, and not even knowing where to start.

The best part of making a game are the times when energy is high. 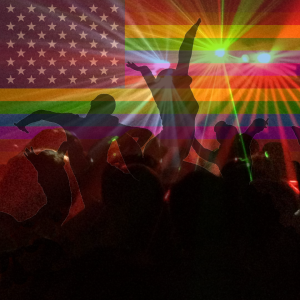 This happens most reliably at the beginning of a project, when the idea is brilliant, all things are possible, and the options are limitless. But it can also happen when you have a sudden breakthrough, or you’ve just completed a major feature, or you’ve gotten a fresh dose of positive feedback from outside eyes.

Use those times to your best advantage. If there’s nothing you want to do in the world more than work on your game? Seize the chance. Harness that internal energy and make it work for you. Embrace the experience, because this is the secret truth of why game devs want to make games.

We want to make games because it’s the best fun ever.

By definition, all the times can’t be the best times. (Superlatives are obnoxious that way.)

Adrenaline can’t last forever. Neither can inspiration. And when the joyous rush fades, the game will have half-complete features, problematic UI, rotten combat balance, and oh so very many bugs. (Specifics vary by game. The essential experience does not.)

This is when game dev becomes work.

And that is why you need momentum.

While your energy is still high, make a deliberate habit of working on your game. Set up routine times your life (put it on the calendar!) when you Work On Your Game. You can overflow those time blocks (and when your energy’s high, there’s no reason not to!), but don’t skip out on them. Even when it’s not fun.

And if you can’t bring yourself to do any of those things, that’s okay (see: Motivation For The Solo Indie, “be kind to yourself” section) but once you can, come back.

There is no way to make a game except by making a game. If you don’t have energy, and you can’t keep momentum – that’s how projects get abandoned. In order to finish a game, you have to push on through.

This hinges on a single question.

Once you finish making this game, will you make another?

In this case, you’re someone who made a game (or will have made a game). And when this game is over, you will have been a game dev.

Then you’re someone who makes games. It’s not just a one-time thing, but part of your identity. Congratulations! You’re a game dev.

Thank you to everyone supporting Sibyl Moon through Patreon!
If this post was useful or enjoyable, please consider becoming a patron.