ParserComp continues! Judging closes on March 14 at 11:59 PM Eastern, so you have 2 weeks left to play and judge the games. Please remember that you must play at least 7 games and provide written feedback for the authors in order for your scores to count.

A lot of people have asked whether I’m attending GDC or PAX East this year. The answer is no, on both counts – GDC is marvelous but expensive, and I think I’m still recovering from three days showing Revolution 60 at PAX East last year. But if you’re going, I hope you have a fantastic time! 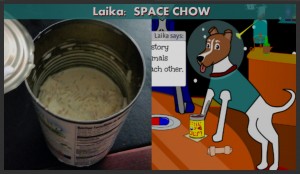 Behind the scenes, I’m still working on Greetings, Survivors. Originally, I didn’t mean this project to go past January, but it’s been a sufficiently valuable learning experience that I’m not going to cut it off. Plus, there have been a few things slowing me down, such as the Boston weather (bad, and neatly summed up here):

Undecided whether to use snow shovel on snow, or to hang over my shoulder and walk south until someone says “what the hell is that thing”

…and a new project I’m not ready to talk about yet (good).

After a couple weeks under the Pseudocode Programming Process, I altered my process because I didn’t sufficiently understand the actual programming structures involved. (For example, I’d never built a server or worked with multiple threads before.) Instead, I created many small test programs, each covering something that I needed to learn for GreetSur. I built a multithreaded server, built an asynchronous server, built a server with secure login/logout, demonstrated serialization to save and load data, demonstrated Lua interfacing with C#, created a basic world model, created basic verb parsing… the list goes on, but you get the idea.

Rather than continuing under the PPP, my next step will be to convert these many small programs into the larger structure they were always meant to be. I’ll take that to the proof-of-concept point and then let it go.

After ParserComp, keep an eye out for ShuffleComp: Disc 2, a gamewriting event where games are directly inspired by songs. Last year, I wrote Monkey and Bear as part of this competition (based off Joanna Newsom’s song of the same name), and I’m eagerly anticipating this year’s redux.

If you want to write a game for ShuffleComp, you can sign up between March 16 and April 2 by submitting a list of 8 songs and pseudonyms to this year’s organizer Neil Butters (neil.butters at sympatico.ca). These songs will be distributed to other authors, and in return, you’ll receive 8 songs and pseudonyms to provide inspiration for your own game. First drafts are due April 25; final versions are due May 5.