We Are Not At War: On the Rise of Non-Parser IF

I had another post planned for this week, but it’s going to have to hold off. The 20th Annual Interactive Fiction Competition just started.

You might think that I’m busy playing the games, because this is always a highlight of my year, but sadly not. In the space of 6 hours, a thread called “IF is dead” has exploded on the intfiction.org forums. It started with this post:

You gotta be kidding me! Only 13 Inform games, and no TADS?!! Is this an IFComp?
I suppose it’s possible that one of those “Web” games has a good parser, but I won’t be finding out.
The only question I have now is whether to 1-vote the non-IF games, or not vote on them.
The good news is, I ought to be able to play all 13.

Why all the hate? For context, a brief history lesson.

Text adventures and gamebooks retain an active creator audience and fanbase, though they are (for the most part) no longer commercially viable. Their wide-ranging descendants include multi-user dungeons, visual novels, hyperlink fiction, and a variety of adventure games.

The choice-based IF community used to be small, because every creator generally wound up rolling their own engine and getting lost in the details. However, in 2009, Chris Klimas created an open-source tool called Twine. With its visual editor and active community, Twine gains followers daily.

The parser-based IF community survives as a small, enthusiastic group. Tools for writing parser IF get better every year, with the most popular being Graham Nelson’s natural language design system Inform 7. Despite the hobbyist nature of the parser community, quality standards have risen far beyond the standards set in 1983.

Unfortunately, the parser-based IF community is rather insular. While some of the best-known parser IF authors (Emily Short, Andrew Plotkin, Aaron Reed) are vocal in their support for non-parser IF, other longstanding community members are fervently hostile.

The problem is, that hostility can have a real effect. The IF community is not terribly large, and IFComp is a publicly judged competition. To prevent it from becoming a popularity contest, authors are forbidden to canvas for votes. People who want to show up and judge, show up, and people who don’t, don’t.

(I’ll write someday about the year that Choice of Games fans mobilized and swept the XYZZY awards in 2011. Today will not be that day.) 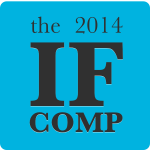 That threat in the quote above? The 1-vote threat? Within IFComp, it’s a big deal. Games win and lose on very tight margins. If you receive 200 votes, and 10 of them are deliberate attempts to spike your score, it will hurt you badly.

The people threatening 1-votes are doing so out of fear. IFComp used to be a purely parser phenomenon, and yet 13 out of 42 entries are choice-based this year. They fear that the rise of choice-based games (especially Twine) will destroy parser IF forever, and that fear leads to hostility.

I am a parser author. And I would like to say:

I welcome people who want to make interactive stories. Is it a story? Is it interactive? Is it text-based? Then as far as I’m concerned, that game belongs in IFComp.

I also make parser games because I know Inform 7 better than any other IF engine. I’ve repeatedly made games that “should have been” choice-based games in parser (Wildflowers, Fish Dreams, What Are Little Girls Made Of?) because I know that format best.

My decision is valid.

I presume that people who are working in a choice-based medium are doing so because it is the best way to tell the interactive stories they want to tell. Choice of the Deathless wouldn’t work in parser. Neither would Cis Gaze. Neither would their angelical understanding.

People who are working in Twine may make choice-based games because they know a choice-based system better than any other medium.

Their decision is valid, too. And their games belong at IFComp every bit as much as mine do.

I write parser games. I show people how to make Twine games. I play interactive fiction of all kinds – not just Zork and Wishbringer and Hitchhiker’s, but Device 6 and Coming Out Simulator 2014 and Trapped in Time and 18 Cadence and more than I can list.

There is room in my worldview and my community for more than one kind of interactive fiction.

We are not at war. 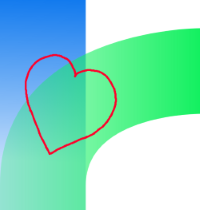