Take care of yourself. We need you.

In February 2015, Caelyn Sandel and I created the Twitter bot Yayfrens as a “loving friend bot”. She posts encouraging and cheerful comments throughout the day, and she sends nice replies to people who tweet at her or RT her.

When we released Yayfrens, some people understood the point immediately, but others were critical of the project and skeptical that a bot could provide meaningful comfort. I wanted to defend Yayfrens, but I didn’t say anything at the time because I didn’t know what to say. I knew Yayfrens was important, but I couldn’t put it into words.

This past weekend, Khadeja Merenkov and I gave a talk at GaymerX East called “Writing a ‘Real’ Fictional World Using Current Theory of Culture”. I’m very proud of our presentation; it combined her academic perspective and expertise with my hands-on experience with worldbuilding. But I bring it up now because of two slides from my side of the presentation.

Here’s the first one: 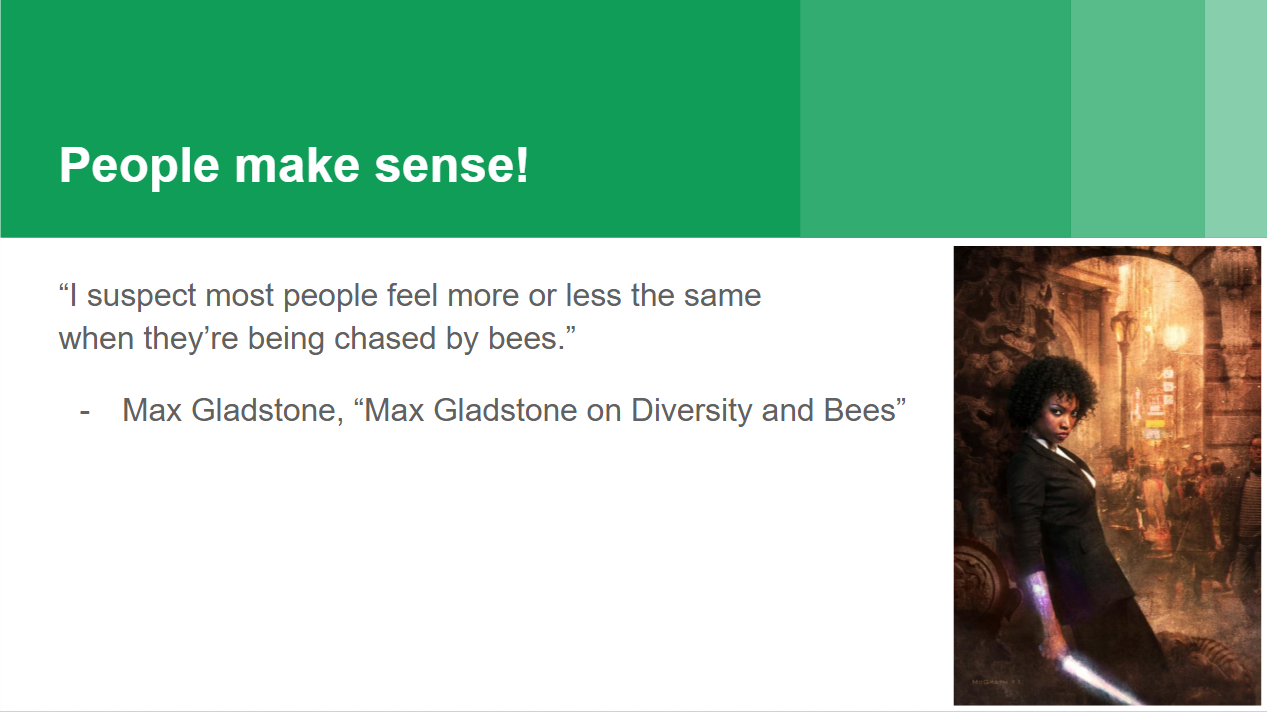 And here’s the second. 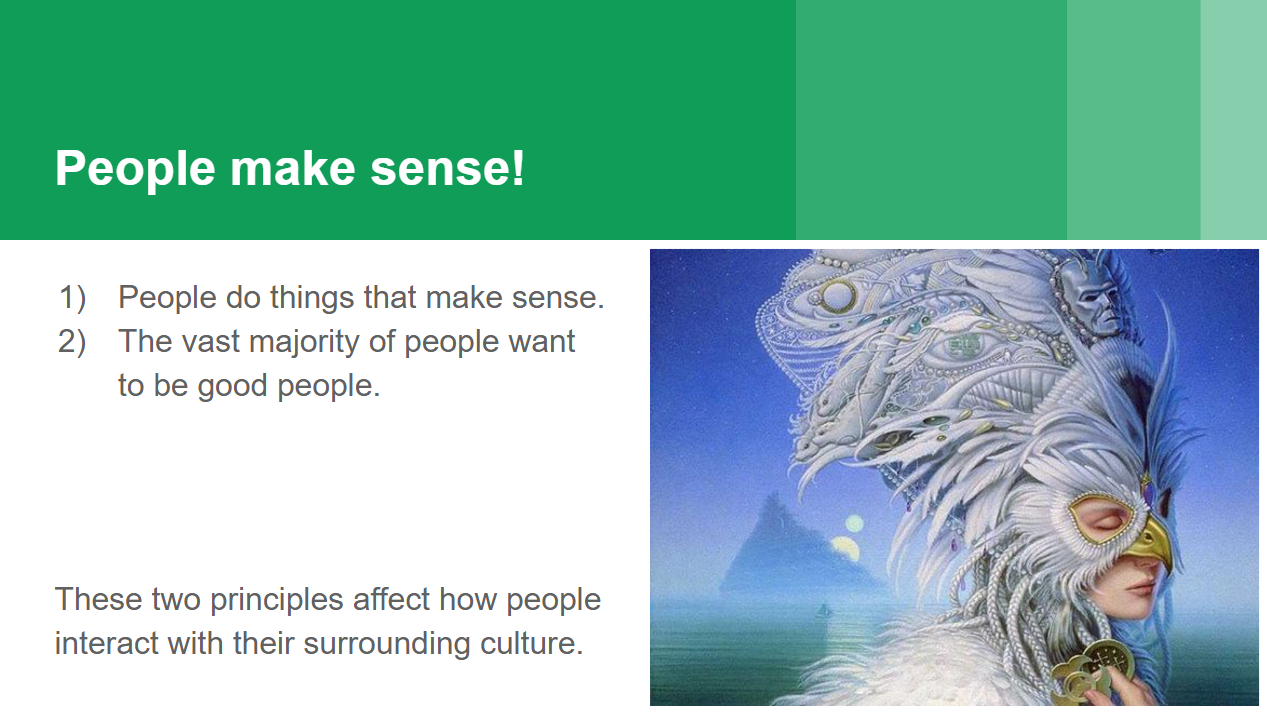 At this point, Yayfrens has 3,352 followers. Some are surely bots and spammers, but the rest are people, and I’m confident that I know how the vast majority would react if they were being chased by bees.

Those compasses differ, of course – because of upbringing, teaching, experiences, circumstances, and history. (Hell on earth spawns from two people trying to do the right thing in opposite directions.) I don’t agree with everyone’s moral compass, but I do agree with the importance of wanting to do good things.

When I’m comforting or encouraging one of my friends, many of the things I say are widely applicable: “You’re not alone.” “You’re going to get through this.” “I believe in you.” “Please don’t forget there are people who love you.” “Do you want a hug?”

I don’t use these words repeatedly because I think my friends are interchangeable. I use them because hurt and fear and sadness are nigh-universal human experiences. When I’m feeling low, it helps to be reminded that I’m not alone, that I’m going to get through this, that someone believes in me and loves me, and yes I do want a hug, thank you. When I say these things to someone else, they come from empathy.

Yayfrens, as her critics have pointed out, isn’t personal. She cannot advise you on your exact situation, or remind you of specific people who love you, or point out your individual strengths and skills.

Yayfrens has thousands of followers, more than me and Caelyn combined, and we don’t know most of them. There are simply too many. But Caelyn and I can make some reasonable assumptions about the Yayfrens followers: we can assume that they are good people, and that they go through hard times, and that, if we were friends, we would want to support and encourage them when they do.

Yayfrens is a statement about our common humanity. She is an expression of faith and love in potentia. If 1 in 1,000 of her followers doesn’t deserve that support, then we created her for the 999 followers who do.