At the August meeting of Boston Women in Games, game developer Caelyn Sandel spoke about what she called “diary games” – games created for the author first and foremost, and then disseminated to a wider audience. (Her talk is available online here.)

Most of the games she covered are well known examples of their kind, such as David Gallant’s “I Get This Call Every Day”, Anna Anthropy’s “Dys4ia”, Nicky Cases’s “Coming Out Simulator”, and Sandel’s own “Cis Gaze”.

But at one point, she said, “I have at least one friend who has written a game about personal experiences just for themselves; they never released it.”

“Wildflowers” is the game in question. I created it only for myself, but her talk convinced me to share it. 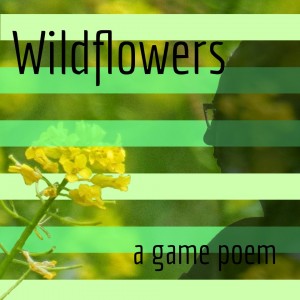 Trigger warning: this is a game about abuse.