This is the first in a series of quick-start Inform 7 tutorials using examples from Colossal Cave Adventure. More information about this tutorial series can be found here: A Quick-Start Guide to Inform 7.

Inform 7 is available for Mac OS, Windows, and Linux from the official Inform 7 website. I am personally running the Windows version, so my screenshots will be for Windows. 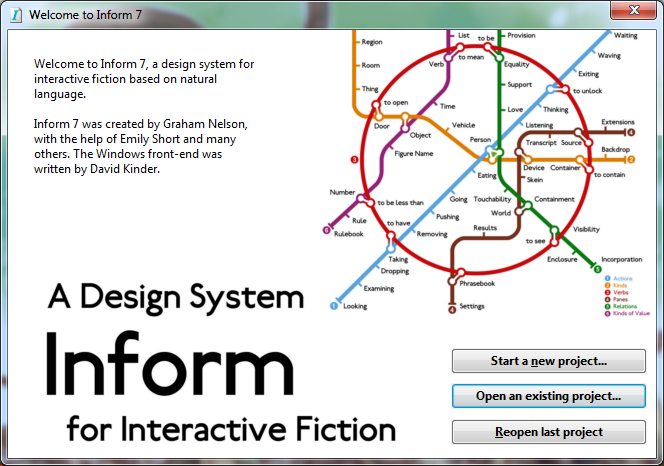 Choose “new project” and fill out the title and author fields. 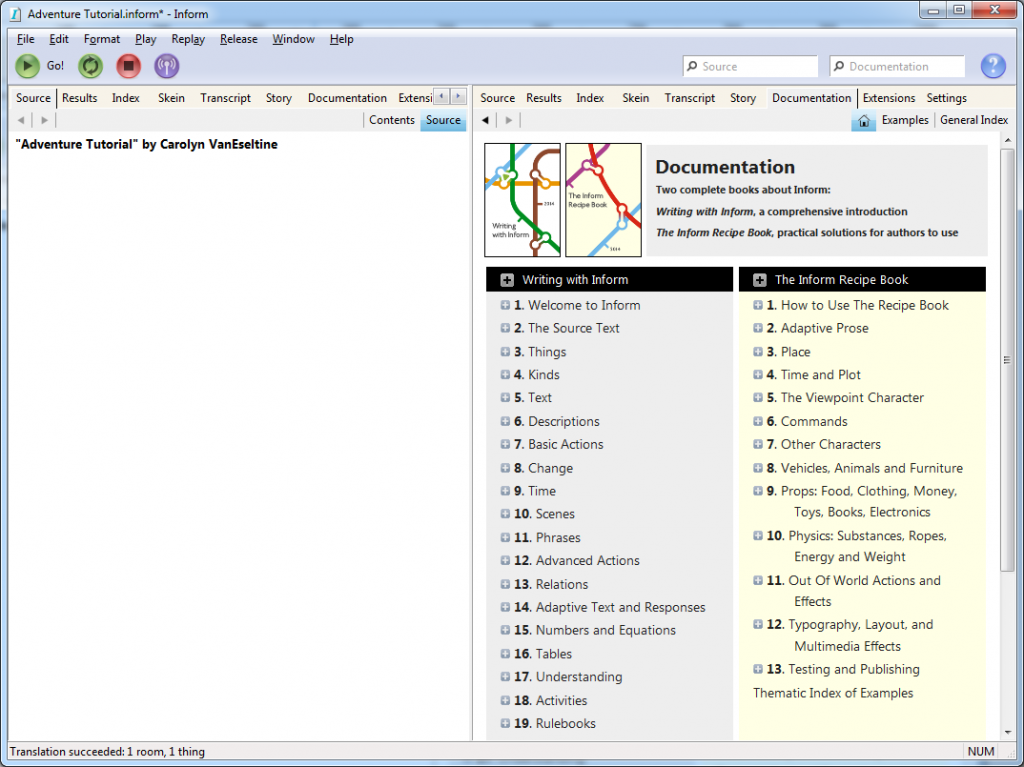 The IDE has two windows and a number of tabs for each window, including Source, Results, Index, Skein, Transcript, Story, Documentation, Extensions, and Settings.

Since this is a quick-start guide, we are going to ignore the vast majority of them, but the Documentation section contains all the in-depth Inform 7 information that this guide does not, and should be considered the primary resource for further investigation.

Rooms are the most basic element of an Inform 7 game.

This is the first screen of Adventure. 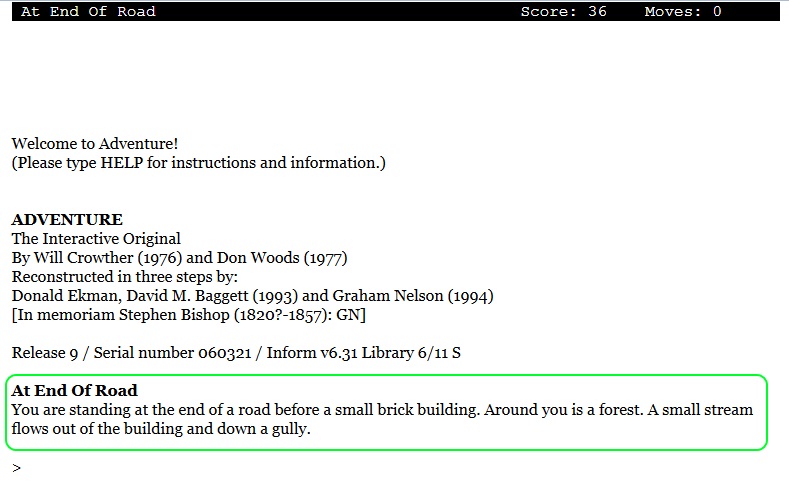 The part enclosed in green is the room, divided into the room name (in bold) and the description (below it).

Here is the source code to replicate this room in Inform 7:

There is a room called At End Of Road. “You are standing at the end of a road before a small brick building. Around you is a forest. A small stream flows out of the building and down a gully.”

Enter this code and then click the “Go!” button. This will compile and produce a one-room game, as shown below.

You can create as many rooms as you want this way, but you won’t have any way to get between rooms unless you connect them together. Rooms are connected either with doors or with compass directions.

From At End Of Road, you can go north to In Forest, south to In A Valley, west to At Hill In Road or east to Inside Building.

With that first room (At End Of Road) already established in your source code, you can build more rooms off it by specifying the connecting direction, like this:

Press Go! and try this out. Note that Inform will automatically set up the reverse direction as well – once you go west, you can then backtrack to the east.

In the IDE, there is a link marked “Index.” Click on Index, then click on World. This will allow you to preview your work by looking at an automatically generated map of the rooms you have made and their connections. 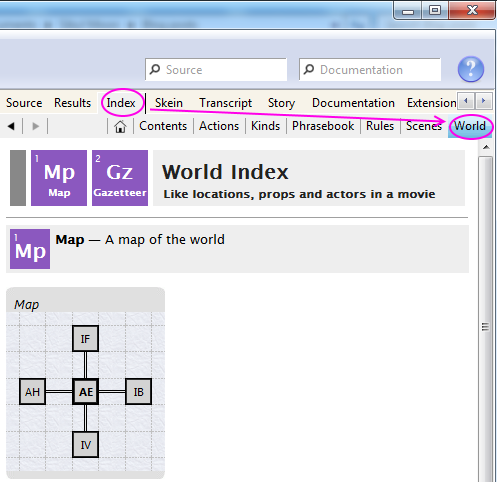 Sometimes, you will want to create more than one directional connection. This is the case in Adventure, where you can also get to In A Valley by going down, At Hill In Road by going up, and Inside Building by going inside.

Add the new directions to your existing ones, like so:

Non-compass directions such as up, down, in, and out will show up on the world map as indicative squiggles. Mousing over the squiggles will show you the connection details. 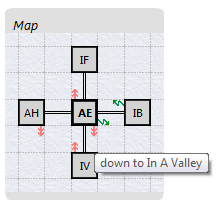 In Adventure, map connections are not entirely reliable. Going north to get somewhere does not mean you can go south to get back.

The source code to replicate this effect:

There is an alternate syntax for room creation and connection, as follows:

In Forest is a room.

…will not compile, while the syntax

There is a room called In Forest.

To expand your understanding of rooms and room connections, see the following parts of the Inform 7 manual: